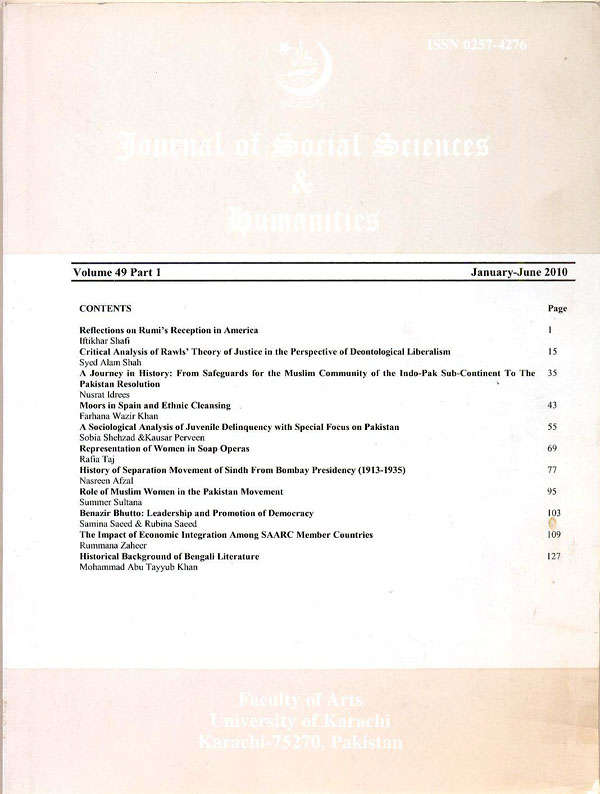 In above connection, in this article the various aspects of theory of justice as fairness would be discussed. It is generally believed that Rawls has retreated from the universality of liberalism. He reconsiders his earlier position on the universality of Liberalism, In this regard, he realizes that his standpoint should have been historicist and anti-universalistic. Thus Rawls tries to establish compatibility between his theory of justice as fairness and that of socio-political and economic institutions of liberal political society such as United Silas of America.

Most read articles by the same author(s)